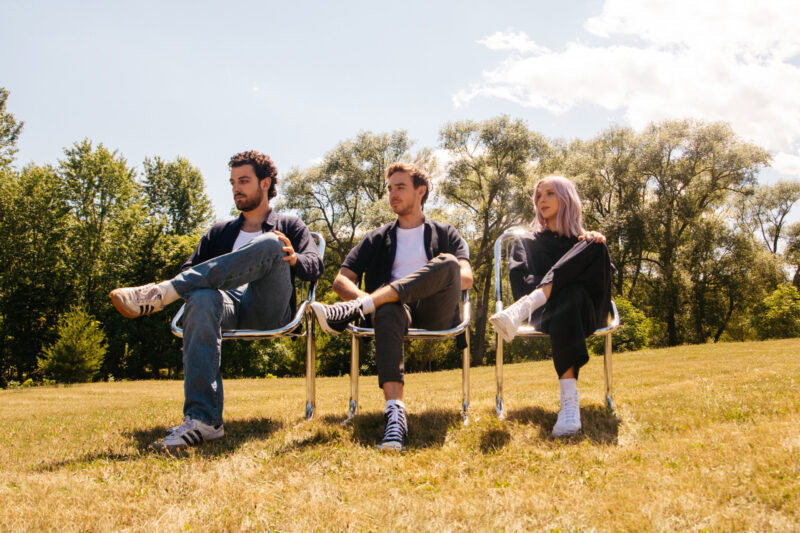 Wild Rivers is our first Artist Discovery pick of 2022, and we couldn’t be more excited! The Toronto band’s second full-length album Sidelines comes out in February.

Our monthly vinyl club members can add a copy of the new album on bone white vinyl with an exclusive added flexi-disc onto their box for just $20. Have you still not joined the vinyl subscription? Don’t wait any longer!

Vocalist and guitarist Khal Yassein answered a few questions for us about his musical upbringing, his dream collaboration, and more. Read on to get to know him and the band better!

Add To Your Box 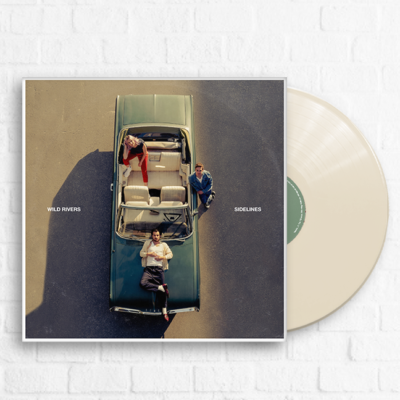 I bought my first record player on Craigslist. Sadly, I wasn’t one of those teens who inherited an amazing collection of records from my parents, so I went to my local record store and browsed around for the first pieces to add to my collection. I went with a favourite – Van Morrison’s Astral Weeks. Every song on that album and the world they exist in is amazing, I love the cover too. Then I wanted to try something new, and I came across Pixies’ Doolittle. I didn’t know much about them, but I was drawn to the bizarre macabre cover. I think someone had also told me that Pixies were a “cool band” and I definitely wanted to be cool. Turns out, they were an extremely cool band.

Yesterday I randomly listened to “Fly” by The Chicks for the first time in years. Holy moly, what a powerhouse of a record. Every song is top notch, front to back. It made me reflect on what an incredible feat it is to deliver a no skip album like that.

The band fell in love with Holly Humberstone’s music last year, as well as Sam Fender. Those were both staples in the van. Rostam, Billie Eilish, Dijon, Madi Diaz were other albums we loved this year.

This is not a fun exotic answer, but lately I’ve been really appreciating our hometown of Toronto. All of the touring and travelling has actually made me appreciate the diversity, food, and people in the city of Toronto. It’s been very locked down throughout the pandemic, so it was easy to forget about what an incredible place it was. It’s such a vibrant and fun place to live.

Father John Misty at Massey Hall in Toronto was one of my favourites. It’s a legendary venue that sounds incredible (Neil Young’s live album there is my favourite live record). He was an absolutely magnetic performer, and the show just delivered the whole package. Sound, atmosphere, and total entertainment.

Reusable water bottle, hydration is key to survival on tour and we’re trying to be kind to the Earth. HDMI for movies in the hotel room. Yoga mat or resistance band for exercise. Frisbee, soccer ball, or something for some kind of outdoor activity.

I’ll refrain from sharing the whole story, but I will say we are banned from Universal Studios in Hollywood.

Other music, relationships, the uncertainty of growing up, each other.

Leif Vollebekk’s Twin Solitude is one of my favourite records ever. I often think about music in terms of songs, production, and performance, and Leif is absolutely exceptional at all three. Art pours out of every inch of him on that record, and I’ve listened hundreds of times and it’s never gotten old.

Aaron Dessner comes to mind, for his work with The National and Big Red Machine. His big picture, almost orchestral, approach to making records is so cool and very different from our process. He has this incredible ability to see the forest through the trees, and I think we could make something really cool.