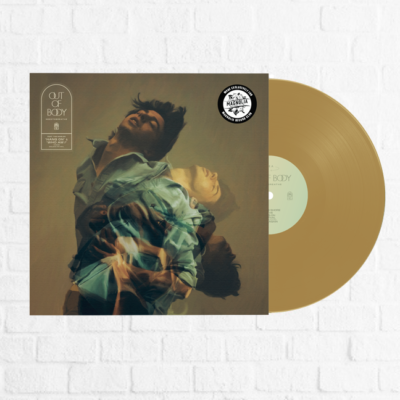 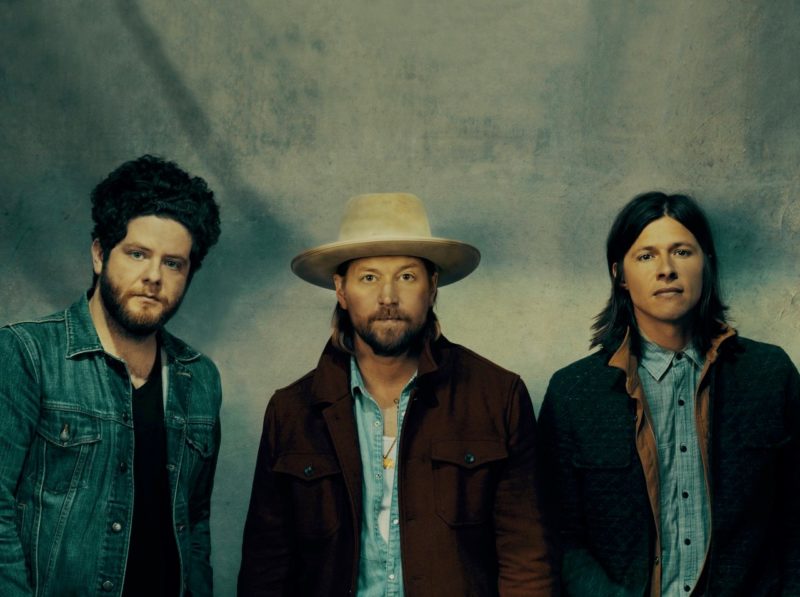 NEEDTOBREATHE has always been a bit of a paradox. How does one of the most successful bands of the last 15 years still make ‘everyman’ records about being the underdog? Are there any bands in the world that sell as many tickets to their tours who don’t have ‘that one song” that everyone knows? The truth of these two tensions is a testament to the hard-won and scrappy route they have taken to release great record after great record, while still flying under the radar of the mainstream, whatever that is, anyways.

Out of Body is the band’s first full length record in over 4 years. Those years were full of lots of touring, a few live records, and clearly a lot of life lived on the home front. The record is full of stories of fatherhood, self doubt, overcoming, looking back, looking forward, and figuring out how to keep faith in a world that feels insane. “How do I feel like a kid again?” “How do I survive a world of danger and death?” “Where do we turn when life turns its back on you?”

I am definitely not a neutral commentator. These guys are my friends, and their music and their shows have been a big part of my own story. One thing I love is they keep getting better. This record is the most anthemic yet but also the lyrical explorations are the most personal and vulnerable. The record is full of their Southern twist on the universality of searching for the meaning of life that has always been their rudder. Well done, gents. You did it again.

We’re incredibly excited to offer our club members the newest record from South Carolina rock band NEEDTOBREATHE as our August 2020 Record of the Month.

Out of Body is the group’s seventh studio record, but their first in their new phase as a trio, as they said goodbye to fellow member Bo Reinhart in 2019. It’s a record that was made through reimagining their origins as a band, creating a “team atmosphere,” and the band “fell in love with [their] instruments again” during the writing and recording process. What results is a sweeping, rich record full of passionate performances and soulful songs, both stadium-sized and intimate.

Childhood exemplifies the pinnacle of freedom. Long before the insecurities, responsibilities, and doubts of adulthood set in, life presents a sea of endless possibilities and boundless wonder on a daily basis. This doesn’t have to change with age though. NEEDTOBREATHE reflect the freedom of youth on their seventh full-length offering, Out of Body [Elektra Records]. The GRAMMY® Award-nominated platinum-certified South Carolina trio—Bear Rinehart [vocals, guitar], Seth Bolt [bass, vocals], and Josh Lovelace [keys, vocals]—examine life, family, and friends through a youthful prism. The guys take stock of not only two decades as a band, but also first-time fatherhood and the future over a rich soundtrack of soulful rock with stadium-size scope and poetic intimacy.

“Looking at my sons, I’m constantly reminded to be in the moment,” admits Bear. “I’m competitive. I think too far down the road a lot. Then, it’s funny and eye-opening when you see a two-year-old naked in the yard with zero insecurities. As a parent, I try to grow as a person. I could be pretty neurotic before. Every time I’d walk into a room, I’d wonder if I was enough. I identified these survival mechanisms and began to see how many of them were keeping me from joy. All of these questions led me to write songs about pushing through that layer and getting to my authentic self. Seeing my children gives me a roadmap of where I should be.”

“We’ve experienced a lot of fresh inspiration,” adds Seth. “It’s been a season of learning. Bear didn’t hold anything back in terms of writing about life: all of the beautiful things and the most tragic things that have happened in the past four years. I’m really proud of the statement the record makes.”

Following the release of Acoustic Live Vol. 1 [2018] and the band’s first ever 55-city acoustic tour in spring 2019, the very foundation of NEEDTOBREATHE evolved. Longtime member and Bear’s brother Bo departed from the band before sessions for Out Of Body began in 2019.

“On the first day, I don’t think we went in there knowing we could do it for sure without Bo,” confesses Bear. “We wanted to do it, but we had to prove it to ourselves. Every time we’ve had a change, it’s a challenge to find new angles. Things are inevitably going to be different. On the other side, I’m as excited about this album as anything we’ve ever done. That’s not because somebody is here or isn’t here. The timing is right with what’s going on in the world and us individually. It feels like medicine in a lot of ways, and I’m thankful for that.”

Initially, the guys spent a week at a beach house in Charleston to gather thoughts and ideas. Heading back to Nashville, they recorded alongside producers Cason Cooley and Jeremy Lutito over two separate sessions. As they cultivated a “team atmosphere,” the songs organically came to life.

“We decided to get the band back together in a room and make a rock ‘n’ roll record,” says Josh. “We all fell in love with our instruments again. Now that we’re older and have six albums under our belt, we tried to reimagine what it meant for us when we were starting out. We all brought in our strengths and relied on each other. In some ways, it was like summer camp. We worked long days and walked out of the room as friends.”

As a whole, Out of Body encapsulates a feeling shared among the three-piece.

“When I’m really in the flow on stage, I’m in the moment so much I don’t even know where I am,” explains Bear. “That didn’t happen to me often while creating music in the past. There was always too much thought behind it. I really wanted to capture the feeling in the studio, because I want to live my life more like that.”

In the end, NEEDTOBREATHE reinvest themselves in a childhood feeling that makes for their boldest, brightest, and biggest body of work to date.

“In order to be a child again, some things have to go away,” Bear leaves off. “However, you find new beauty and love. I know we did.”

“It feels like a second chance,” Josh concludes. “We’ve been given so much. We’ve been on the road more than we’ve been home. We’ve worked our fingers to the bone. We’re continually filled back up and inspired by stories, friends, and family who love us through this thing. Even after all this time, we still get to do this. Hopefully, we can shed a little light into the world and have an absolute blast.”

Have you joined the vinyl record of the month club? Learn more about the vinyl subscription you should have today!