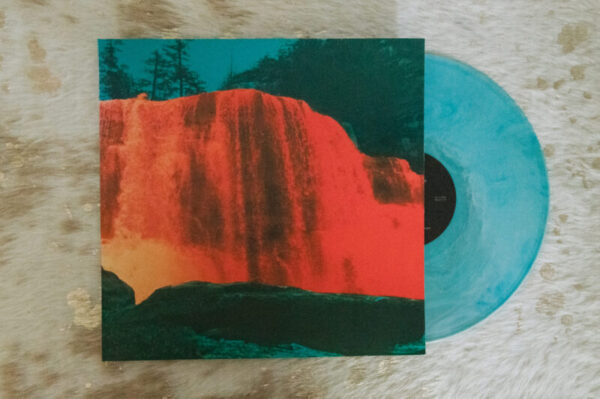 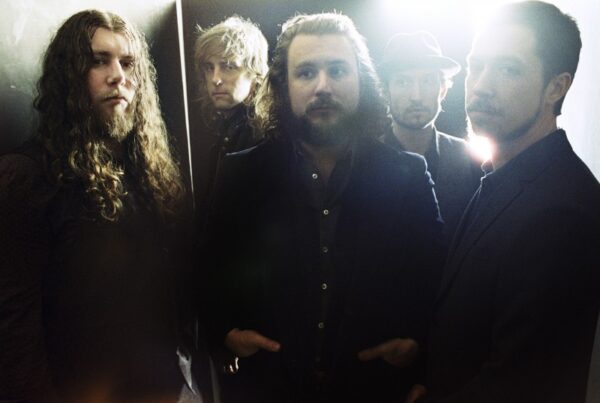 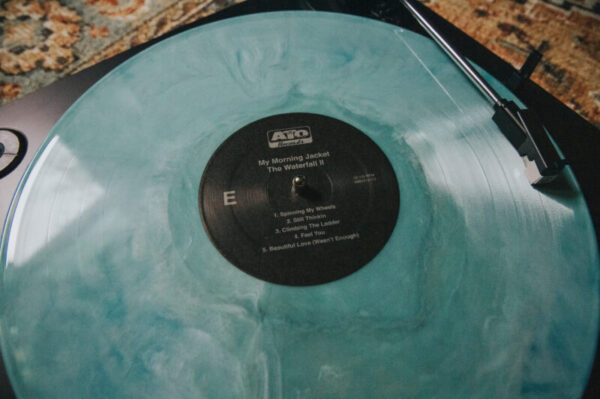 My Morning Jacket is one of those groups whose aesthetic evangelizes the listener back into band music. They are a brotherhood of musician’s musicians, and they’re as humble as they are talented. The Waterfall II came out July 10, and it’s a collection of songs that were recorded in 2013 and 2015. It’s insane to me that these songs were on the cutting room floor, and is a testament to the ability and talent of these five guys. Speaking of five guys, the album came out on ATO.

A couple standouts for me; “Spinning My Wheels” harkens to Lennon’s Double Fantasy. “Magic Bullet” has that dark TV on the Radiohead meets Los Lobos thing. “Feel You” – D#minor G# all day, all night, let’s go, I love it! Throughout the record you hear those signature My Morning Jacket grooves.

It’s so bittersweet knowing that these songs may not be performed live (in person) anytime soon. In the meantime, I’ll be bumping it poolside pretending we’re at One Big Holiday.

Our Monthly Vinyl Club members will receive an exclusive blue swirl vinyl edition of the newest record from My Morning Jacket as our September 2020 Record of the Month.

In 2014, My Morning Jacket recorded over two dozen songs for a double album, releasing The Waterfall in 2015. Now, the second half of the project has come to fruition in The Waterfall II. We are so excited to share this exclusive pressing with our club members!

From My Morning Jacket’s bio –

My Morning Jacket arrived at Northern California’s Stinson Beach in late 2013 thinking only about making an album. The band was not prepared to be seduced.

But within a couple of days, Jim James, Tom Blankenship, Patrick Hallahan, Carl Broemel and Bo Koster were in love with Panoramic House, a studio perched on a hillside overlooking the ocean. The natural beauty of the surrounding landscape and almost mystical serenity flooded them with a charged sense of possibilities.

“For me, every record has the spirit of where we made it,” said James, singer, guitarist and primary songwriter. “Stinson Beach was so psychedelic and focused. It was almost like we lived on our own little moon out there. It feels like you’re up in the sky.”

“The story of the record really starts there,” said Blankenship, a founding member of the Louisville-based band.

Throughout its 16 years, My Morning Jacket has always had a healthy respect for living in the moment and the inherent mysteries of creativity. They gladly took the inspiration that Stinson Beach was offering and crafted a sparkling new album, “The Waterfall,” that touches on aspects of the band’s celebrated past while pushing forward with a giddy assurance.

Notions of change crop up throughout the album, as does James’ longstanding exploration of spirituality. But there’s a crucial difference: On “The Waterfall,” there are fewer questions and more action. Spirituality has become grounded and made real also as a . “I feel like I still don’t know how to explain anything,” James said, “but I feel like I’ve accepted that and I’m just trying to live.”

James began the sessions with nearly 30 songs and kept writing. The elevating “Believe (Nobody Knows)” opens the album with a summating blast of faith and acceptance but was the last song written.

“We did a ton of songs, so at the beginning there was no intention or focus,” James said. “It was like, let’s just go play these songs and figure out which ones fit. Once we did ‘Believe,’ that kind of tied the record together.

“What fused this record is, I feel like it’s a weird turning point for the universe. I feel like so many people I know are getting divorced or having kids. There’s so much change going on and I feel like, for me, that one chapter has ended. And if you’re looking at a book, there’s a hand flipping the page up and it’s in between the chapter you just finished and the one that’s getting ready to start.

My Morning Jacket arrived in California after an unusually long time apart. Following a lengthy tour behind 2011’s acclaimed “Circuital,” band members scattered. James recorded and toured behind his 2013 solo album, “Regions of Light and Sound of God,” while Hallahan recorded “Sound of Nowhere” with Spanish Gold.

Blankenship got married and moved to Nashville, and there were dozens of other projects, recording sessions, and marathon record nights in the wilds of Louisville, where James and Hallahan still live. Always a group of friends first, the reunion at Stinson Beach was the ideal combination of intense work and potent fun.

“It’s sort of the perfect situation for us to go to an isolated place, with some limitations and not many distractions,” Broemel said. “That’s how we work best. We kind of get on the same wavelength of happiness.”

“The freedom we went into this record with took a lot of the pressure off, as far as what to do and how to do it,” Hallahan added. “The mantra was anything goes, no stone unturned, it’ll be done when it’s done. And it’s not easy to pull that off with other people’s schedules. I mean, poor Tucker.”

That would be Tucker Martine, the Portland-based producer and engineer who also worked with My Morning Jacket on “Circuital.” The band has never used the same producer twice since its first two self-produced albums, but Martine and assistant engineer Kevin Ratterman have become integral parts of the team.

Martine oversaw two sessions in California, one at his own Flora Studio and another at Ratterman’s La La Land studio in Louisville.

But in the end, it all circled back to Stinson Beach

“Out of all the places we’ve recorded, I think that place might have informed the record on a spiritual level more than any other,” Koster said. “If you listen to ‘Like A River,’ it just sounds like Stinson Beach.”

Don’t have a Vinyl Subscription yet? Join the vinyl record of the month club today!