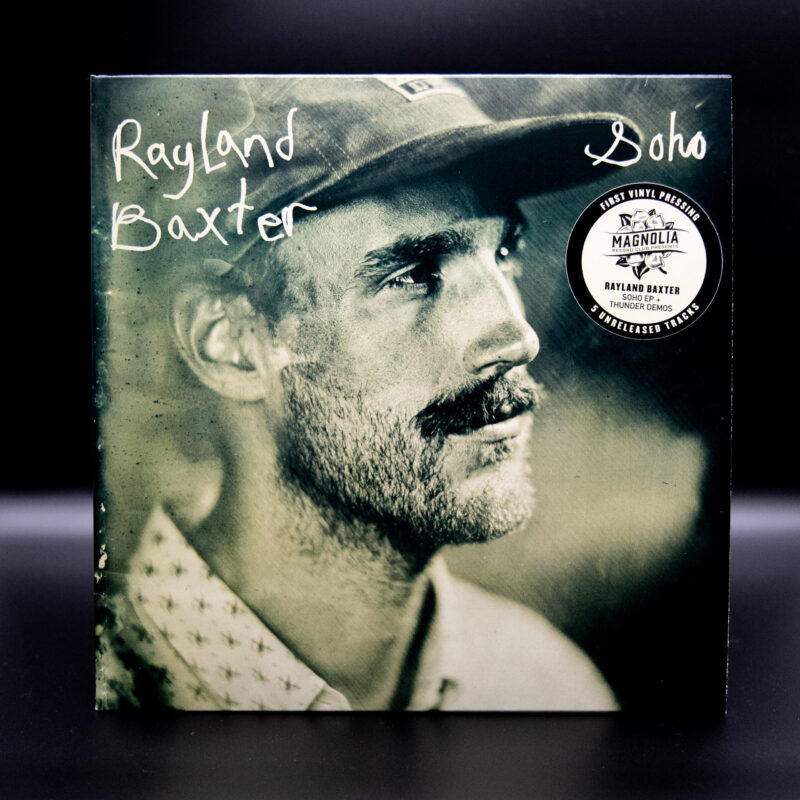 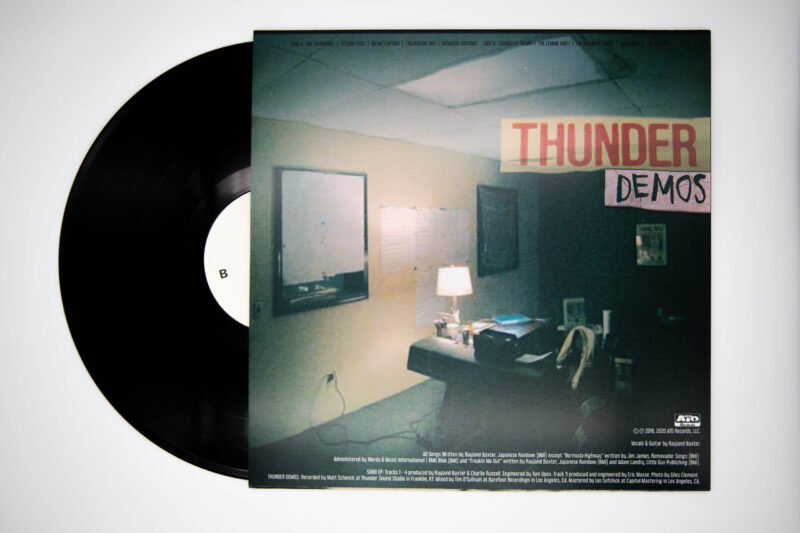 March 2020’s Record of the Month is an incredibly special piece, pressed only for Magnolia Record Club members.

We’re proud to present singer/songwriter Rayland Baxter’s Soho EP for the first time on vinyl alongside five unreleased tracks called Thunder Demos. Included in this exclusive double-EP are stripped-down versions of some of his best-known songs such as “Yellow Eyes,” “Mr. Rodriguez,” and more, and also includes a cover of My Morning Jacket’s “Bermuda Highway.”

Are you in the vinyl record of the month club? Start your vinyl subscription and be a part of the monthly vinyl club today!

Thoreau had Walden Pond. Kerouac had Big Sur. Rayland Baxter? He had an old rubber band factory in Franklin, Kentucky, and it suited him just fine. As one of the hardest-touring artists on the road today, Baxter’s spent most of his professional life in transit, but ever since he was a kid, he dreamed of creative seclusion someplace lonely and isolated, somewhere he could sit still and devote his every waking hour to writing without interruption or distraction. When the opportunity finally presented itself in late 2016, the Nashville native pounced.

“I packed everything in my van and moved to Franklin for three months,” says Baxter. “It was the fist time I ever got to be alone and focus solely on songs like that. All I did was write, write, write all day every day. I was obsessed.”

By the time Baxter emerged, he’d penned more than 50 tunes and crafted a detailed blueprint for his spectacular new album, ‘Wide Awake.’ Deftly produced by Butch Walker, the record infuses Baxter’s easygoing, soulful sound with British Invasion melodies and rock and roll swagger, marrying lean, muscular songwriting with adventurous, inventive arrangements. It’s a cutting, insightful collection, one that takes a sardonic view the violence, greed, and division that seem to define the modern American landscape. Rather than point a finger, though, the music holds up a mirror, offering a sober reflection of the times thoughtfully bundled in bright, infectious hooks. There’s no judgment here, only keen observation, and Baxter implicates himself as much as his neighbor through it all.

“This is an album about decision making,” he explains. “It’s about being a human at the crossroads. Do I do good or do I do evil? Do I lie or do I tell the truth? Am I going to be happy or am I going to be sad? All of these questions and emotions are things I see in myself, and they’re the same things I see in everyone else no matter where I go.”

Baxter’s built a career on capturing those sorts of timeless, deeply human sentiments, bringing colorful characters to vivid life with equal parts humor and pathos. His debut album, ‘feathers & fishhooks,’ was a critical hit praised by Interview for its “well-worn maturity,” while NPR described “Yellow Eyes,” the lead single from his 2015 follow-up, ‘Imaginary Man,’ as “close-to-perfect.” Stereogum dubbed the record “an impeccable sophomore break-out,” and Rolling Stone hailed its pairing of “whimsical narrative with often deceptively complex arrangements.” The music earned Baxter festival appearances from Bonnaroo to Newport Folk in addition to tours with an astonishing array of artists, including Jason Isbell, The Lumineers, Kacey Musgraves, The Head and The Heart, Shakey Graves, Lauryn Hill, and Grace Potter.

Wesley Schultz (frontman of The Lumineers)

I’m sitting in a hotel room in Grand Rapids, MI, staring out over the city cloaked in a swirling snowstorm. It’s beautiful and haunting all at once, a lot like Rayland’s music. This entrancing quality, like staring at a fire, is something so rare to find in a musician. Rayland Baxter has that special thing. That thing that keeps you coming back to the music over and over, finding new artifacts and gemstones hidden deep within the sounds and mystical poetry.

I’ve listened to the SoHo EP on repeat for a long time now, in awe of its barren strength.  Paired with that are these demos which are just as interesting to me as the “final” version of the songs. The openness and willingness to let the song just be what it is reminds me of the greats like Neil Young and Bob Dylan. I remember touring with him for 6 weeks, and someone had witnessed our first interaction – they thought we were old friends. I told that other person, “no, we just met for the first time now.”  That’s how his music always feels to me, as immediate and fitting as that first meeting. Like an old friend that you’re lucky to know.