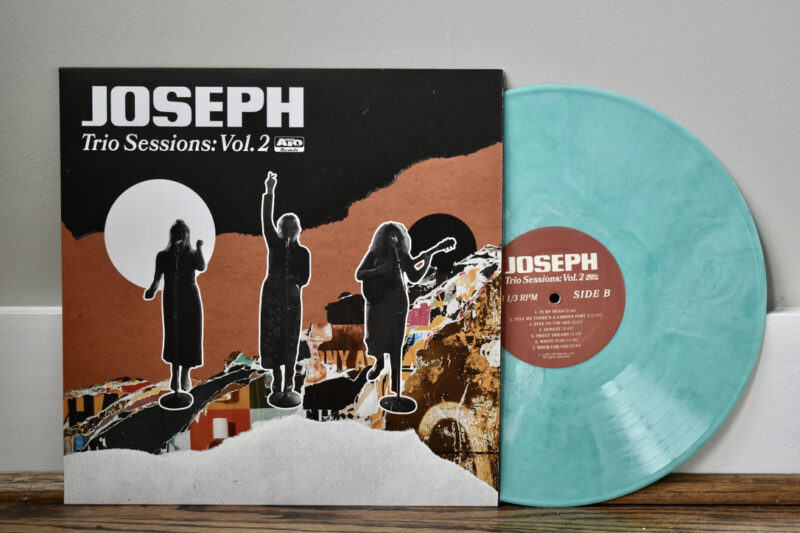 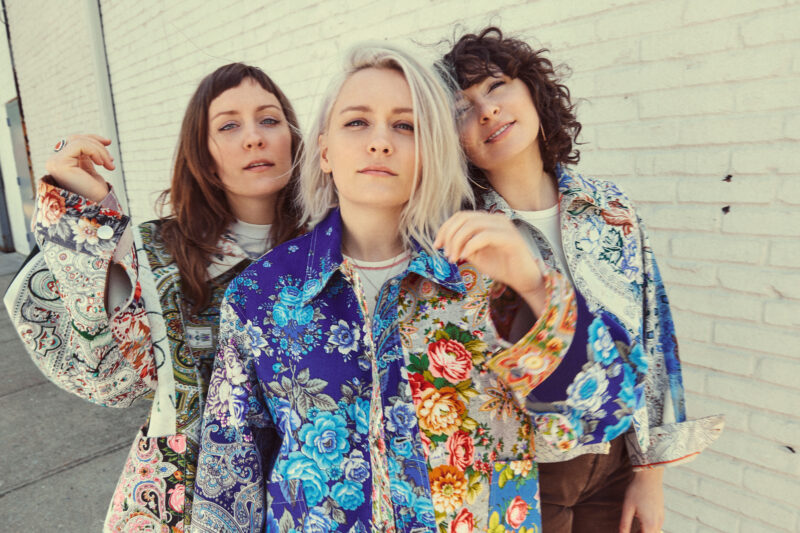 Magnolia Record Club is thrilled to offer its members the newest release from powerhouse sister band Joseph –  Trio Sessions: Vol. 2, a collection of stripped-down versions of a handful of their songs, on exclusive aqua wave vinyl.

Magnolia Record Club is the only place you can get this record on vinyl!

Highlighting Allison, Meegan, and Natalie Closner’s incredible harmonies and powerful voices, Trio Sessions: Vol. 2 is a must-have for any Joseph fan and is also a fantastic introduction to the band if you’re new to their sound.

If you’re not yet a vinyl record of the month club member–start your vinyl subscription today!

There is nothing like the sound of siblings singing together. Whether it’s the Beach Boys or the Everly Brothers—or, more recently, First Aid Kit—absorbing the same breathing rhythms and speech patterns adds an element to vocal harmonies that can be pure magic.

“It’s just second nature, like a fifth limb that’s already on you,” says oldest sister Natalie. “There’s an ability to anticipate what’s going to happen and blend with it. When Meegan and Allison sing, they know exactly what I’m going to do and when.”

But the Closners didn’t actually start singing together when they were growing up in Oregon, the children of artistic parents (their dad was a jazz singer and drummer, their mom a theater teacher). Natalie was the performer—“the older sister who stood on the edge of the fireplace and told everyone, ‘Watch me!,’“ she says. Twins Meegan and Allison stayed out of her lane, joining in for their mother’s musical theater productions but otherwise avoiding the spotlight.

When Natalie was in college, she began pursuing music more seriously. The summer before her senior year, she went to Nashville to check out the scene and work on her guitar playing and songwriting. She had recorded an EP and done a few rounds of touring when a friend sat her down one day.

“It was kind of dramatic,” she says, “He took me aside and said, ‘I don’t think you really believe in this.’ It stopped me in my tracks.” She thought deeply about the music she was making and had a curious epiphany; she decided to ask her sisters if they would consider singing with her.

Initially, they didn’t really get it. “We thought she was asking us to be background singers, so we didn’t take it that seriously,” says Allison. “It was more commitment than I was expecting—I even tried to leave at one point, but after a while, I was convinced.”

A transformation occurred when the Closners were in the process of recording their first album, Native Dreamer Kin. At the time, they were calling themselves Dearborn, but their producer felt that the name didn’t fit the strength of the music. They went to visit their grandfather Jo, in the eastern Oregon town of Joseph. Allison made a playlist for the trip and called it “Joseph,” which is what influenced the band’s name.

“Once she said it, it just hit us all—that’s what this is and who we are, these are the sounds of the land that we’ve lived on,” says Natalie.

“It’s this crazy firecracker thing that happens—‘Am I feeling something? Is anyone? What is this song, what does it do, which parts make the most sense?’ It really is about connection with people, and we’re so grateful we’ve gotten the chance to do that. This has been a totally wild journey, and we’re constantly blown away with possibility of what could be.”