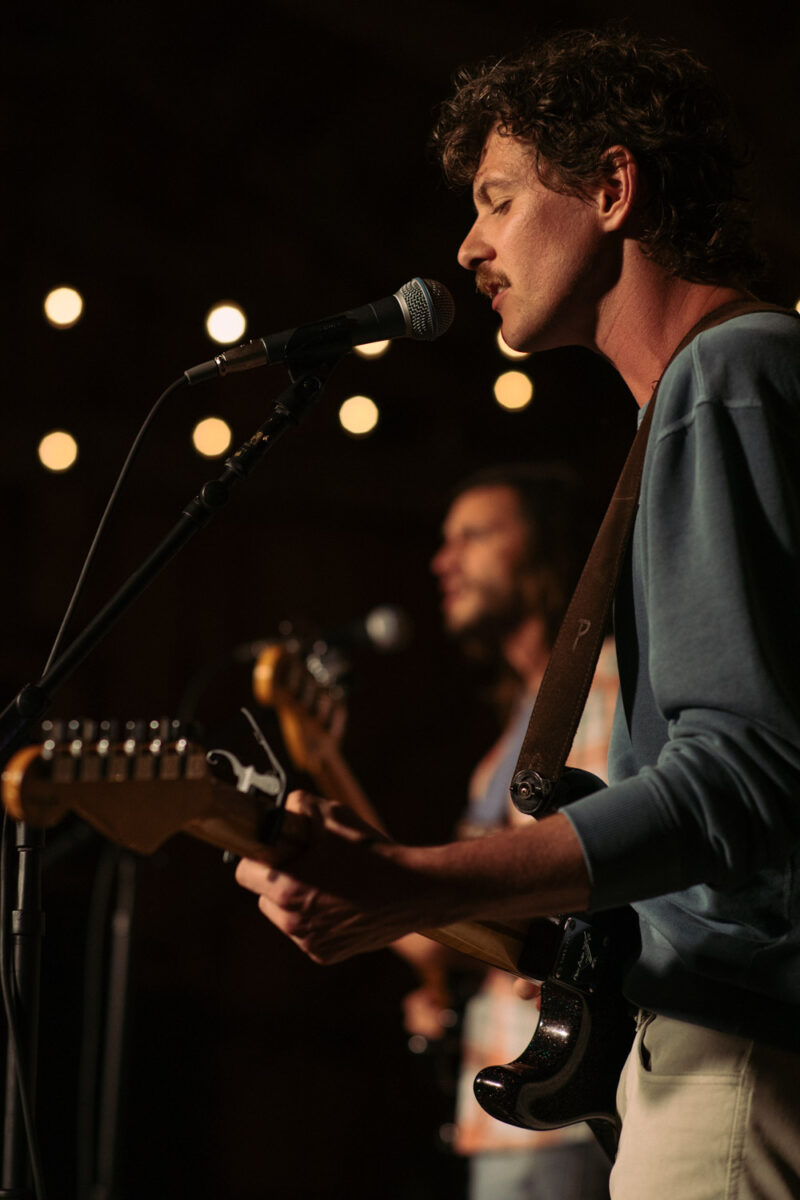 Good For You - Houndmouth

In October 2021, our record of the month is Houndmouth’s new album Good For You on Magnolia-exclusive yellow + orange swirl vinyl! Be a member between October 1-31 to get it.

Slowly brought to life in Houndmouth’s longtime headquarters — The Green House, a 19th-century shotgun-style residence decked out in gold wallpaper and crystal chandeliers that used to belong to Cody’s grandparents — Good For You bears a hi-fi minimalism that illuminates the record’s skillfully crafted storytelling.

Houndmouth enfolds entire novels within their lyrics: over Good For You’s ten tracks, a motley cast of characters race through scenes saturated with magic. From beauty queens and Cinderella’s limousine in “Cool Jam,” to vampires and parking lot lovers in “Ride or Die,” Houndmouth whimsically captures the ache of stagnant love affairs and the fleeting joys of aging with a surrealist flair.

But atop Good For You’s melancholy motifs lies a wealth of dulcet melodies that waltz sweetly across beds of celestial organs and grungy guitar riffs. The ten songs sparkle, fade, and sparkle again, mixing jaded wisdom with hopeful harmonies. “This album felt like being back in time again, only now everything is a little more dialed-back and cared-for,” says Cody. “It was like a return to the way we fell in love with playing music together.” Good For You tenderly tones down the youthful abandon of the band’s early days, imbuing their “earthen and imaginative folk” (NPR Music) with distinctive, finespun balladry.

Houndmouth played a Sun Sessions show in Nashville this past summer in collaboration with the fabulous Faherty Brand along with songwriter Allison Russell! Check it out HERE.