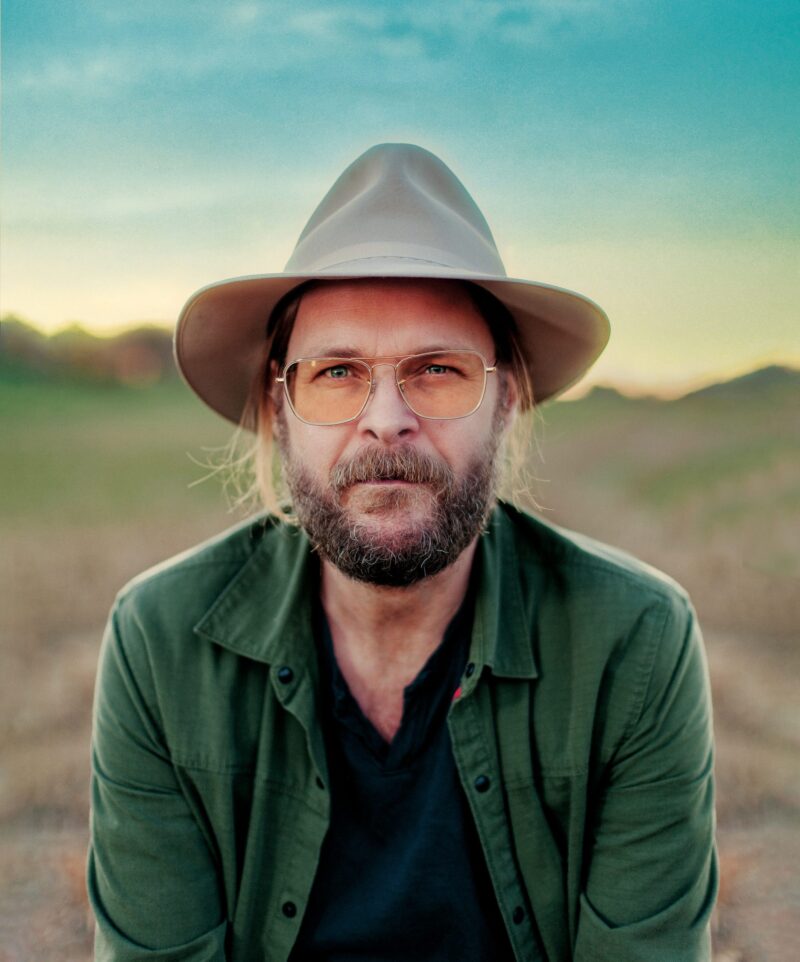 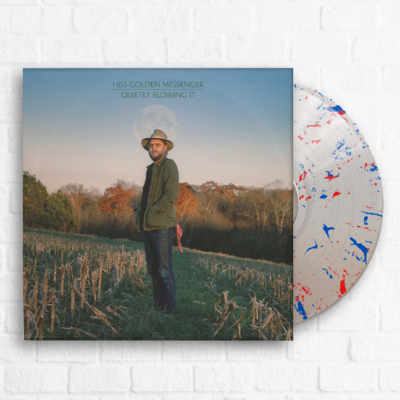 Durham, North Carolina singer/songwriter M.C. Taylor and his GRAMMY-nominated band Hiss Golden Messenger is July 2021’s Artist Discovery pick! Their newest album Quietly Blowing It was written in the throes of the chaos, uncertainty, and unease of 2020, and through all of it calls for tenderness and understanding.

“It’s not exactly a record about the state of the world—or my world—in 2020, but more a retrospective of the past five years of my life, painted in sort of impressionistic hues. Maybe I had the presence of mind when I was writing Quietly Blowing It to know that this was the time to go as deep as I needed to in order to make a record like this. And I got the time required in order to do that.”

Our monthly vinyl members can add a copy of the album on clear and red+blue splatter vinyl onto their box for just $20. Have you still not joined the vinyl subscription? Don’t wait any longer!

We asked M.C. a few questions about the music he’s listening to now, his musical upbringing, his dream collaboration, and more. Read on to get to know him better!

If we’re talking about an album that I bought with my own money, it might’ve been the “Holiday Rap” single by MC Miker G and DJ Sven. Kind of a remix/rap version of Madonna’s “Holiday” by a hip-hop duo from Amsterdam. Look it up. At age 11, I was a rap fiend and this song went hard.

It’s hard for me to talk favorites, but I love Lisbon, Dublin, Cornwall, the Central Coast of California, Barcelona. I love the ocean and I also love being up in the Appalachian Mountains, not far from where I live. And I love home.

I’m not sure if it was the best, but back in 1995 or 1996, I saw Dirty Three and Low at the Troubadour, and it was really exciting, very transporting. It’s a show that has stuck with me since then.

Plenty of books, a portable record player (I tend to buy a lot of records while traveling), a coffee-making rig.

Jeez, there are a lot of contenders. Back in 2014 or so, we played a pub in the Cotswolds in England and then stayed in the apartment above the pub afterwards, which belonged to the owner. We slept in his kids’ room (there were multiple bunk beds in there), and he was so drunk that he locked us in there and we couldn’t get out until late morning. The big question was why there was a lock on the outside of his children’s bedroom door.

Just the day to day, I think. My kids, home, getting older. Lots of other music too, the way that music that I love works rhythmically—hearing a good rhythm section is very inspiring to me.

Maybe it’s because I’m listening to it right now, but I love the first Brightblack Morning Light record on Matador. I think it was way ahead of its time and feels totally classic to me.

Gosh, I guess there are many that I could think of. Maybe here I’ll say Lee Perry, since I’ve spent so much time with his music this past year.