We talk a lot about colored vinyl records and limited-edition exclusive vinyl pressings around here. With all the advancements that the record industry has made, when records are being pressed, there are almost countless possibilities for creativity in making each pressing unique. Here we run down a couple of factors that go into creating custom vinyl records, and even name a few pressings that stood out to us as truly one-of-a-kind!

HOW TO MAKE CUSTOM VINYL RECORDS

Any artist, big or small, can press their music to vinyl these days, and they don’t necessarily have to go to one of the big record pressing plants to do it. These days, even those plants are pushed to the limit with the latest rise in the format’s popularity.

Small record pressing businesses, such as American Vinyl Co. and Vinylify, offer artists the ability to design and submit their own cover art and labels. They’re able to press whatever music they want to vinyl in small batches of usually around a couple hundred pieces. (And if you want to go deeper, learn more about how vinyl records are made.) 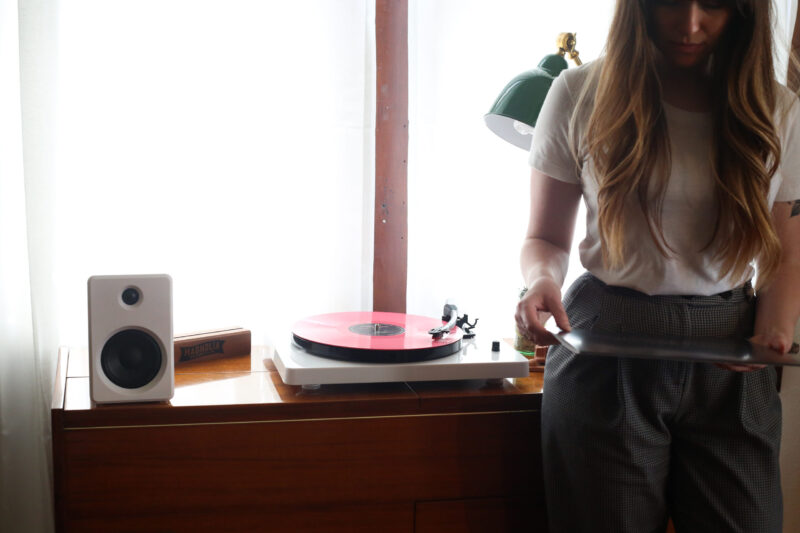 Sometimes when records get pressed, it’s not just the vinyl that’s unique. Artists will also modify the cover artwork for a specific outlet they’ll be sold on, whether that’s the artist’s website, a network of independent record stores, or a vinyl subscription service like Magnolia Record Club. These changes can be significant like using different photographs or art designs than the regular standard edition for the cover, or the changes can be very subtle yet still unique.

One of our favorite examples of this is Angel Olsen’s album All Mirrors, whose cover consists of a close-up black and white photo of Olsen. Vinyl Me, Please did exclusive album art in which her eyes were blue, alongside the coke-bottle clear vinyl. Such a subtle difference, but truly unique! 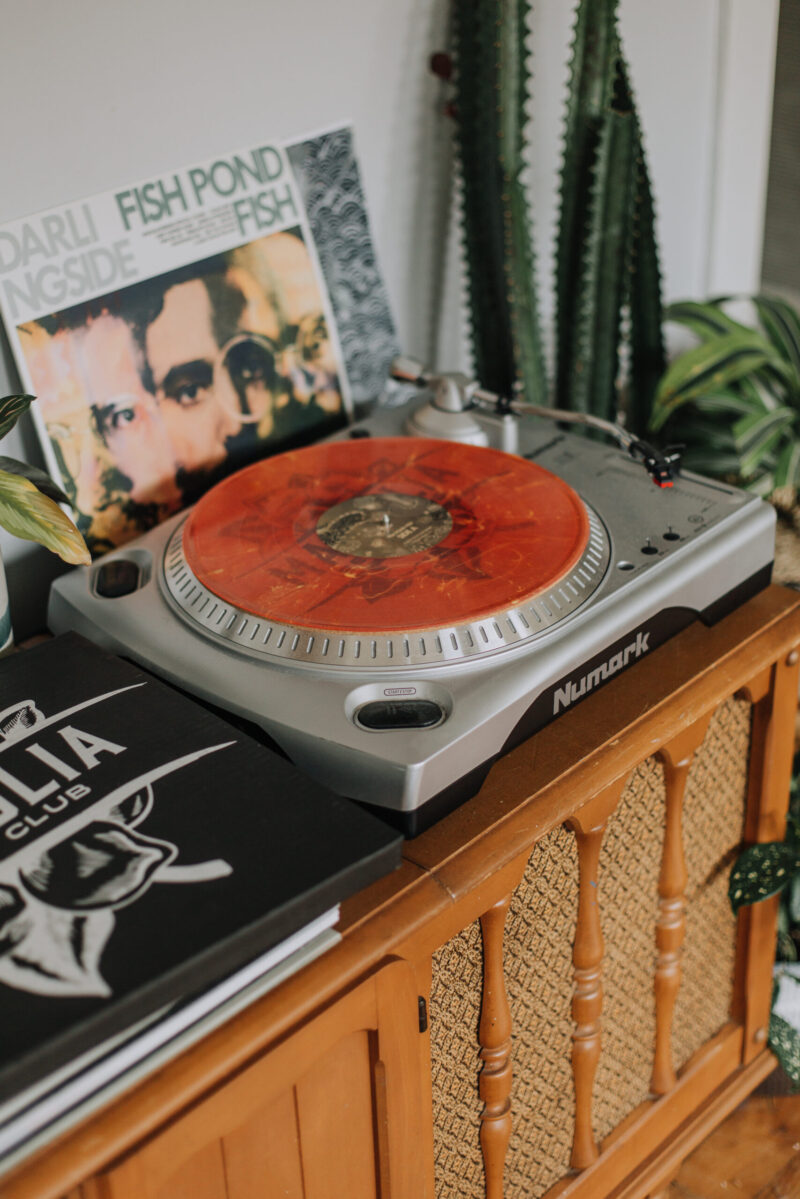 The possibilities for color combinations when pressing vinyl are almost innumerable! Artists and vinyl manufacturing plants work together to create blends with all kinds of colors, half-and-halfs, splatters, and much more! You can see several examples of “pucks” – samplings of a vinyl color made by the plant – over on Hand Drawn Records’ Instagram page!

A cool trend that’s coming out of late is the randomized blend – where each and every record is a slightly different manifestation of the colors used in the blend. Magnolia Record Store recently tried this out with Lucy Dacus’ new album Home Video, and Mt. Joy has also used the random-color method to create a totally unique pressing of their self-titled debut album! 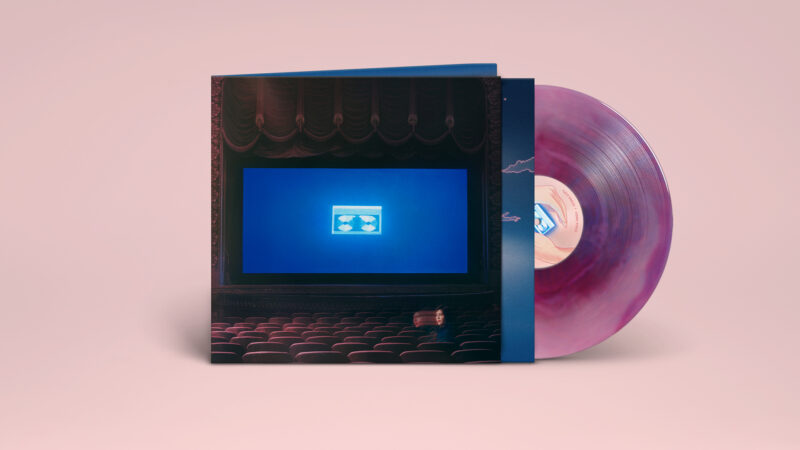 If all that wasn’t out-there enough, you’ll love these wild ideas from labels and pressing plants! Jack White, the co-founder of The White Stripes and the Raconteurs and founder of Third Man Records, went all-out with his recent record Lazaretto. His “Ultra LP” contained the following and more: a 180-gram vinyl, 2 vinyl-only hidden tracks located beneath the center labels, each playable at a different speed – one hidden track plays at 78 RPM, and one plays at 45 RPM. It also included “Dual-Groove technology,” where depending on the location of the needle drop, the intro for the track “Just One Drink” plays in either electric or acoustic. Also, both sides end with locked grooves, where the needle catches in the final groove of the record and keeps spinning until the needle is manually lifted.

That particular trick of locked grooves is well known throughout musical history; it was famously used on the last track of The Beatles’ Sgt. Pepper’s Lonely Hearts Club Band, where the locked groove spins on a loop of (slightly creepy) modified voices, ad infinitum. Other records that use that feature are Atom Heart Mother by Pink Floyd, Moody Blues’ On The Threshold of a Dream, and The Mars Volta’s album Frances The Mute. 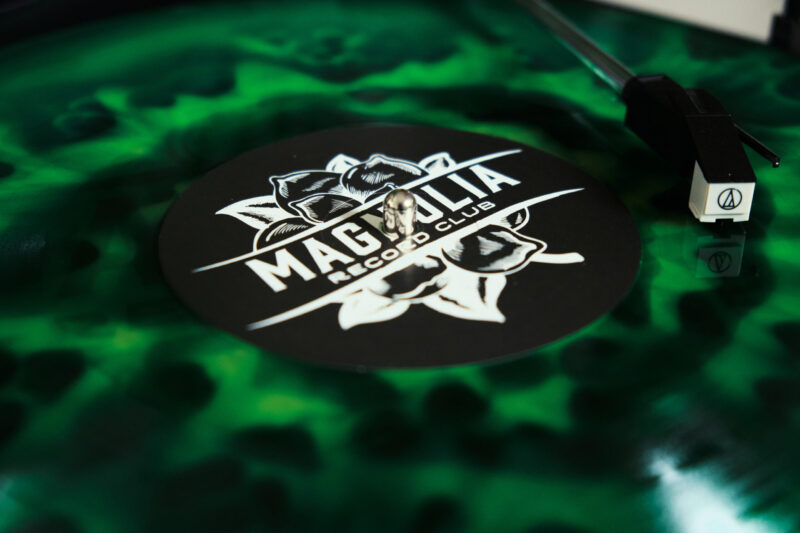 If you’re a fan of vinyl–and since you’ve landed on this site–there’s a high likelihood that you’re looking to expand your unique and exclusive color vinyl collection. You’re in luck because the Magnolia Store exclusive collection has a ton of gorgeous color combinations, wild and wacky designs, and much more from all your favorite artists. Check it out, and also join our Monthly Vinyl Club to get exclusive vinyl like these colored vinyl record pressings every month! 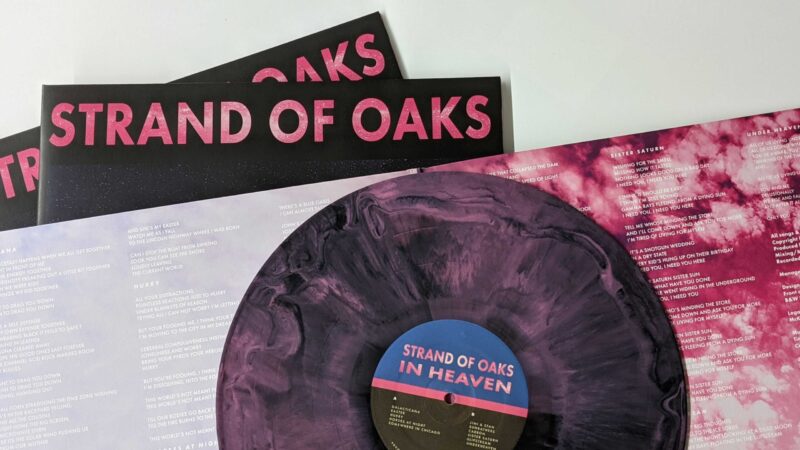