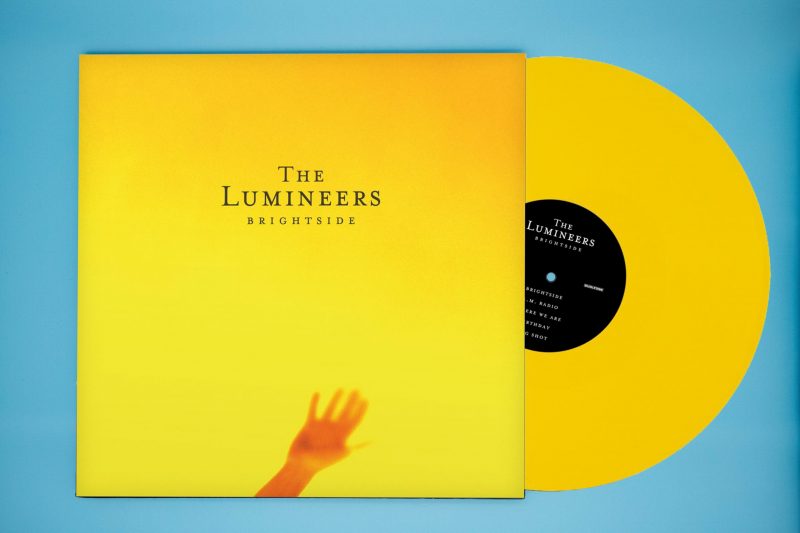 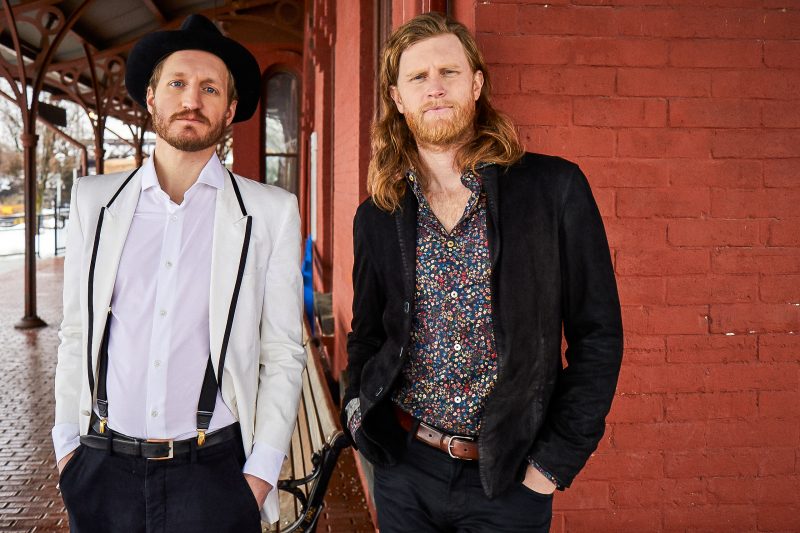 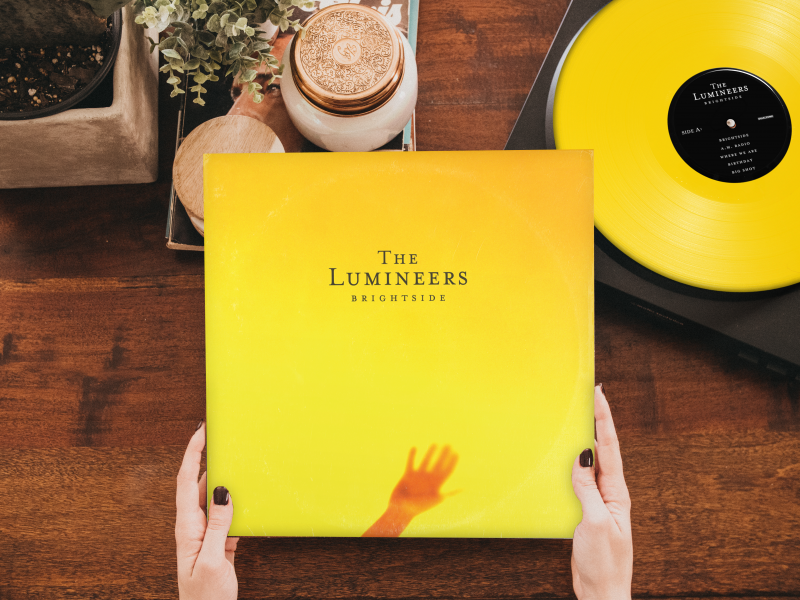 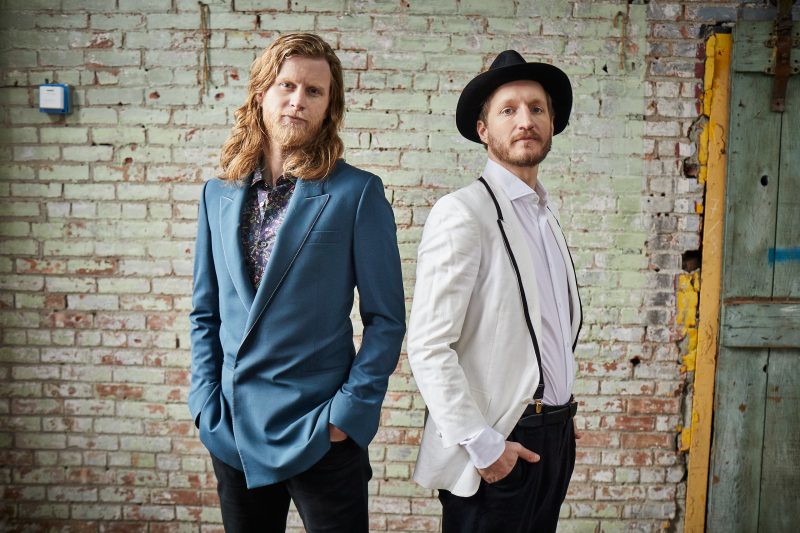 As the last record of 2021, members will receive BRIGHTSIDE, the new album by multi-platinum GRAMMY-nominated band The Lumineers! This record is really something special and we can’t wait for members to hear it and receive it on this special edition with unique alternate cover art.

“In our demo sessions for the previous records, Jer and I would typically do anywhere from 10 to 50 versions of each song using Pro Tools; we’d orchestrate it differently, speed it up, slow it down or change keys in an effort to find the most potent version of the idea. But this time it was bare-bones. We started demoing in Jer’s basement and didn’t even touch the computer—we just used my phone to record voice memos on, and that was what we sent to Simone. For me, it was about wanting to have more curiosity in the studio and not have everything all dialed in. It felt like a new path.”

Fraites concurs. “As weird as it sounds, I feel like 2020 was the most fertile creative period of my whole life, for so many reasons,” he says. “I finished the solo instrumental album, and when Wes and I started working on songs together, I felt alive and switched on, and we worked really fast. I think we trusted ourselves more. We homed in on things. So when we went into the studio with Simone, he just had these shitty, very low-fi iPhone recordings that left a lot more to the imagination than the previous processes. And that was exciting.”

As they got down to business in Fraites’ basement, the absence of premeditation and second-guessing supercharged their creative process. “Sometimes it’s a kernel of an idea or some random line that becomes your north star,” Schultz points out. “With ‘BIG SHOT,’ for example, Jer sent me a demo that had the line, ‘I want to be a big shot, big man,’ something like that.

That was all he had, but I was like, ‘There’s something really compelling here.’ At other times it was just a feeling. So a lot of it came out of wailing away and getting lost in that and then recording it on my phone, but then listening back and going, ‘There’s something to this; what’s happening here?’”

“So a big part of this record was just finding the spirit of each song. Like, with ‘NEVER REALLY MINE,’ I asked myself, how do I make you feel like you’re having such a loud argument with your lover that the cops are being called by your neighbors?”

“The beauty of our songwriting relationship,” says Fraites, “is that a couplet I came up with, ‘Love was not designed for time/You were never really mine,’ became the chorus, and then Wes wrote the rest of the lyrics, and it turned into this amazing song.”

“Making this record was about turning the judgmental part of your brain off and just being like a kid, but having the skills of someone who’s been playing for 20-plus years,” Schultz explains. “It was a beautiful combination of innocence mixed with some level of acumen or skill—reconnecting with that innocent impulse you had when you first decided that you wanted to be a musician. So that was part of what made this album different from our previous ones. Another huge part of it was realizing that we had told a lot of stories with our lyrics, whereas with this one, it became more about trying to communicate a feeling, as opposed to telegraphing exactly what the song is about. I had to go away from that, and it was really refreshing. So a lot of it casts a spell—it makes you feel something.”

Liberated from their routine and invigorated by this new/old process of in-the-moment give and take, Schultz and Fraites headed for Felice and Baron’s Sun Mountain Studios in Boiceville, N.Y., to begin tracking BRIGHTSIDE in March 2021. Also on hand were two members of the touring band, bassist/backing vocalist Byron Isaacs and violinist Lauren Jacobson, while Baron would contribute keys and synths.

On The Lumineers’ two prior albums, Felice and the band would hang pictures and quotes on a vision board that sat in the control room. When they entered the studio on day one of the BRIGHTSIDE project, the vision board displayed only a black-and-white photo of Noel and Liam Gallagher onstage at Knebworth during Oasis’ peak, and beneath it, the producer written a single word: “FREE.” Clearly, Felice had sensed a newfound energy crackling out of those iPhone demos, and he was all-in on the partners’ urge to create magic on the spot.

“A big part of what excited us about this record was that it was coming from a very different place than our previous albums—all of them,” says Schultz. “Part of what made our earlier records cool was that they were very pored over and every note mattered. And I feel like we did that well, but this one felt way more alive. We were performing it in a more urgent, more dangerous way than any of the other records, with the exception of certain songs like ‘Big Parade’ on our first album, ‘Angela’ on our second or ‘Jimmy Sparks’ and our third—those were all done last-minute in the studio. So this whole album is like a last-minute record.”

In contrast to the anguished, narrative-driven III, the songs of BRIGHTSIDE are buoyed by an underlying optimism. Here, although several of the songs are about a relationship being tested or coming apart, their soft/LOUD dynamic sets up widescreen, electrifying climaxes that feel life- embracing. This is unquestionably The Lumineers’ most rocking album—so in a very different way, BRIGHTSIDE is as big a surprise as III was.

“When we first got together,” Schultz says, “Jer and I were making really different music—prog, heavy electric guitars, really dissonant. When we made our first album, we got into this phase where we started enjoying more innocent, simple chord progressions and major-chord, happier- sounding stuff. And then, with III, we got into some really dark moments. Our goal for this record wasn’t that it would make total sense right now but then seem weird in a few years. It was more like, what are we really going through as humans, as families, as a country? How can we talk about that honestly, and not namecheck the word ‘pandemic’ or ‘quarantine’?”

“By no means is this a quote-unquote COVID record,” Fraites insists. “I really cringe at the idea of BRIGHTSIDE being attached to that time, because I don’t want the art to be forever melded to it. Ideally, when this album comes out in January, it’s a new year, and we can truly start to get to a brighter, better place. So it feels like great timing.”

Schultz compares the making of BRIGHTSIDE to “taking on a different style of cooking, where you have these skills in one area and you’re trying to apply them, but you’re also naive about how to do this other thing. A big part of that was just finding the spirit of each song. So this is an exciting new direction for us. I don’t think I could go back to making records the old way now, because this one was so much more fun to make, and it feels so much more alive. There’s a fire to this record that I don’t think we were willing to go for in the past. We were able to get out of our own way and go direct to the source.”